Gingivitis means, quite literally inflammation of the gingivae or gums. Gum problems occur when there is an inflammation or infection of the support tissues of the teeth. There are two main forms of gum disease:

Of the two conditions periodontitis is the more severe disease, although long standing gingivitis may in some cases lead to periodontitis.

If gingivitis is present, the gums will be red in colour rather than the usual healthy pink. They will also tend to be slightly puffy or swollen. Inflamed gums also bleed, usually when tooth brushing or biting into something hard such as an apple. In severe cases of gingivitis, gums may bleed of their own accord. The major cause of gingivitis is dental plaque. Plaque is the build-up of bacteria (germs) and saliva that collects on the tooth surfaces and other parts of the mouth. If the plaque is allowed to collect around the necks of the teeth (where the teeth meet the gums), the gums become inflamed and gingivitis can occur. Some of the plaque bacteria are harmful and can cause gum disease. Plaque can become hardened (mineralised) and form into a hard surface layer of tartar (calculus). The bacteria in the tartar continue to attack the tissues that support the tooth roots. Prevent plaque and tartar formation by brushing thoroughly twice a day.

Gingivitis can affect anyone at any age, although it is less likely to be seen in younger children. Mild cases may go unnoticed for some time and there may be no symptoms during the early stages of the disease. However, if left untreated, gingivitis can gradually progress, resulting in the destruction of the tooth attachment and the bone around the teeth. This causes the affected tooth or teeth to become loose. It is best to visit a dentist or hygienist as soon as it is suspected that gingivitis is present so that treatment can begin promptly to prevent the condition from worsening. The dentist or hygienist will carry out a thorough examination and will treat the condition.

The first step is to make sure that the teeth are brushed regularly and effectively, and making sure that the toothbrush is applied correctly to the tooth gum margin at the neck of the tooth. First move the lower jaw until the teeth are in edge-to-edge contact and brush all the outside surfaces of the teeth and gums gently and thoroughly with a circular motion. Next, open the mouth and do the same to the inside surfaces of the top teeth and the surfaces of the lower teeth next to the tongue. Finally, brush all the biting surfaces and rinse the mouth out to clear away the debris. Providing that a very hard tooth brush is not being used, any bleeding that may occur is not alarming. Once you are brushing effectively, and the inflammation disappears (in about two weeks) the bleeding will stop. The dentist may also recommend a special mouthwash to help the gums return to a normal healthy condition.

The dentist or dental hygienist will also remove any other hardened deposits in your mouth (tartar or calculus) that may be helping the plaque to congregate, for example, the tartar that collects behind the bottom front teeth (incisors) and the outsides of the upper cheek teeth (molars). This tartar is plaque that has become hardened or mineralised by salts in the saliva. The process of removing these hard deposits is known as scaling and may be carried out using hand instruments or with advanced ultrasonic technology. The task is usually completed with a refreshing polish.

Healthy gums are pale pink and firm. If the gums are red and swollen, there is probably gum disease or gingivitis present. One of the commonest signs is blood on the toothbrush after brushing and often there is bad breath (halitosis) as well. Flossing may also cause bleeding.

The accumulation of a surface film of dental plaque (a sticky layer of germs) starts the inflammatory process. Tiny ulcers appear that penetrate the soft gum tissues and cause the immune system to respond. Large numbers of white blood cells appear on the scene to fight the bacterial invasion and the gums begin to swell. However, if it is left untreated, it gradually progresses, resulting in the destruction of the tooth attachment and bone around the teeth (periodontitis). This causes the affected teeth to become loose and in some cases move. The depth of the space between the neck of the tooth (where the tooth meets the gum) and the gum indicates if there is a gum problem or not. These spaces are known as ‘pockets’. The measurements, taken by a dentist or hygienist also show how severe any existing gum problem is. Healthy gums have small pocket measurements (2-3mm), but in where there is disease these pockets can be very deep (5-10mm or more) and means that special treatment is needed.

Periodontitis and gingivitis can affect anyone at any age. The milder form, gingivitis, is more common. Gingivitis causes bleeding gums and, if left untreated, may progress to periodontitis.

Gingivitis can be treated by visiting a dentist or hygienist who will clean the teeth professionally and advise on how to improve tooth cleaning at home. The patient may be unaware that there is a problem, as gingivitis can be painless during the early stages of the disease. Basic periodontal treatment involves cleaning out the deposits of plaque and hardened plaque (tartar) from above and below the gums. The treatment is usually done by cleaning the affected areas, sometimes after making them numb with a local anaesthetic. In most cases the gum problems resolve after this type of treatment when accompanied by an effective oral hygiene routine at home. Gum problems are also made worse by smoking and any dental professional will encourage smokers to stop.

Sometimes basic treatment is not successful at getting the gum disease under control. This is because the pockets in severe periodontitis are so deep that it is not possible to fully clean the roots without actually looking at them. The dentist may then suggest gum (periodontal) surgery. This treatment involves pushing the gums away from the teeth so that the roots can be seen. It is only by doing this that the dentist can be sure that the roots are clean.

Those who need surgery include:

The dentist will usually refer such patients to a periodontist, who is a specialist in gum diseases and their treatment.

Prevention of this condition can be done by visiting a dentist or hygienist for advice on brushing and flossing techniques and by the use of special brushes, together with regular cleaning and dental appointments. Maintaining good oral hygiene will help to prevent gum conditions from worsening. 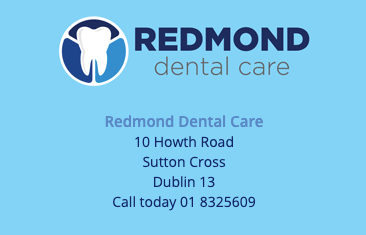